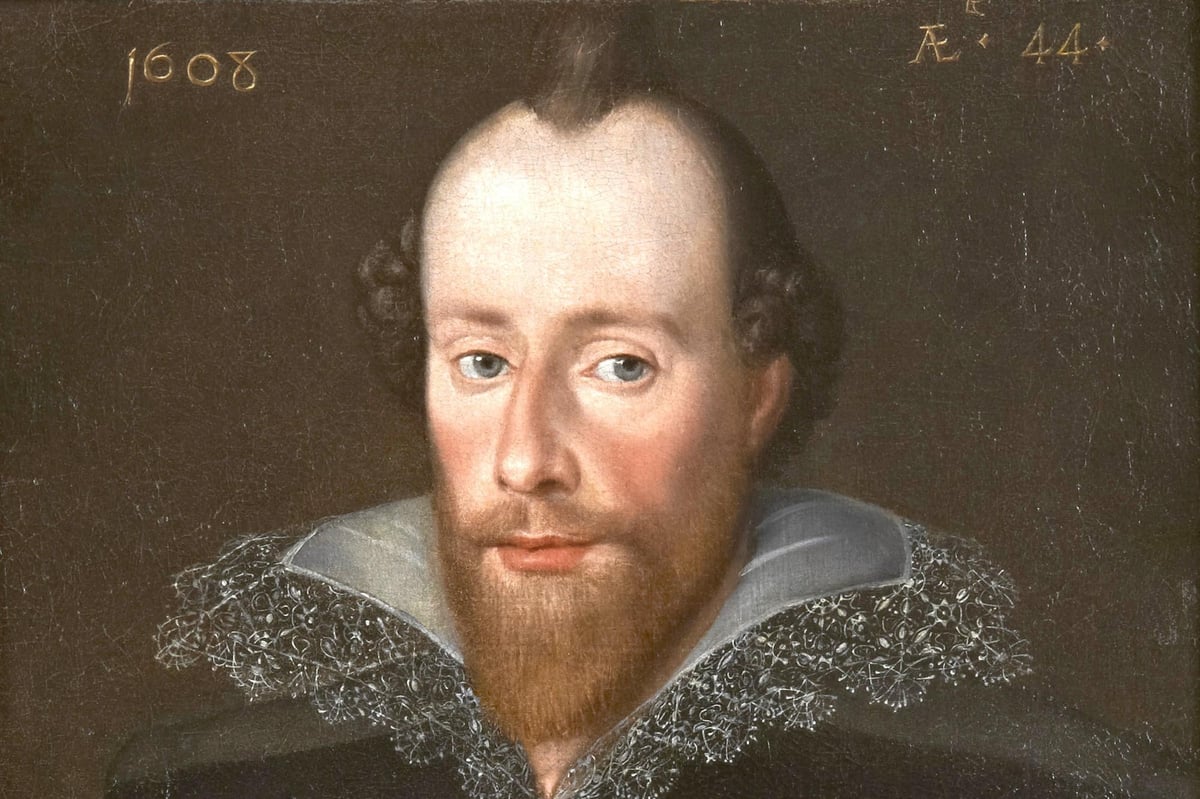 William Shakespeare: only signed and dated image of the famous playwright hanging in the Yorkshire stately home

A portrait that hung in a Yorkshire stately home has been unveiled as the only signed and dated image of William Shakespeare painted during his lifetime.

The portrait has been described as the forgotten face of Shakespeare waiting for centuries to be rediscovered. In art market jargon, it is the biggest ‘sleeper’ to ever emerge and can be worth up to £10million when sold.

The painting is offered for sale by private treaty and interest is expected from around the world. The owner, who wishes to remain anonymous but is a retiree from the Midlands, hopes he will stay in the country.

Prior to 1975, the picture hung in the library of a stately home, Swinton Hall, in the north of England, once home to the Danby family, where it was still known as ‘Shakespeare’. Since then it has been in private hands and significant research has been undertaken which has revealed the artist and many connections to Shakespeare.

The portrait of William Shakespeare.

The painting is by Robert Peake (1551-1619), sergeant-painter to James I. It is dated 1608 and signed by the artist with his regular mark. The sitter’s age is recorded on the portrait as 44. William Shakespeare was 44 years old in 1608. There are many links between Shakespeare and Robert Peake.

Tilney wrote that the Office “consists of a cupboard and several other rooms in which artificers may work (i.e. tailors, embroiderers, makers of goods, painters, draughtsmen of wire and carpenters), as well as a convenient place for rehearsals and the presentation of plays and other performances…’

It was at the Priory of Saint John that The Comedy of Errors, Romeo and Juliet, Richard II, A Midsummer Night’s Dream, The Merchant of Venice, Much Ado About Nothing, Hamlet and Macbeth were rehearsed, performed and allowed to perform. Robert Peake worked in the same premises and at the same time as William Shakespeare rehearsed his plays.

Peake was regularly commissioned to paint the portraits of many high-ranking members of the Court and of Jacobean society. He was assisted by his son William and, later, by his grandson Robert. Peake also ran a commercial art studio and printing business from premises in Holburne Conduit. Shakespeare is known to have resided in the area. All available evidence suggests that Peake knew Shakespeare and would have been the natural choice for a portrait, whether commissioned by the playwright, by his patrons or his followers.

This view is supported by historian Mary Edmond, a scholar of Robert Peake and his family, who wrote in her essay New Light on Jacobean Painters (1976) about the daily lives of Shakespeare and playwright John Webster: … It must be more than likely that one or both playwrights sat on the Peakes’.

New evidence of the Peakes’ ties to Shakespeare has emerged in recent months. Among the many print commissions undertaken by the Peakes in the 1620s were engravings by Martin Droeshout, the artist responsible for the image of Shakespeare’s frontispiece which appears in the first folio of 1623 (produced seven years after Shakespeare’s death). Shakespeare). Droeshout’s engravings, printed by William Peake, are in the National Portrait Gallery and the British Museum.

This fact connects the only verifiable image of Shakespeare – the First Folio engraving – to the rediscovered portrait of Peake. Additionally, Shakespeare is depicted in both the engraving and the portrait wearing a doublet typical of the period, a garment befitting his status.

The portrait is described as being in very good condition and has been examined by the Courtauld Institute in London where the paint and pigments were subjected to extensive tests for age and authenticity.

Duncan Phillips, the writer and researcher of art and antiquities, who discovered the links between Robert Peake, Martin Droeshout and the history of the portrait, commented on the discovery: “There is more evidence for this portrait of Shakespeare than any other known painting by the playwright. It is a monogrammed and dated work by a portrait painter of serious status with connections to the artist who produced the first folio image. The picture has survived the past 400 years almost undamaged by wear and tear thanks to its ownership by a family of Shakespeare enthusiasts who hung it in their library.

Fans of chef Jacques Pépin are loving this fun new take on chickens, art and travel