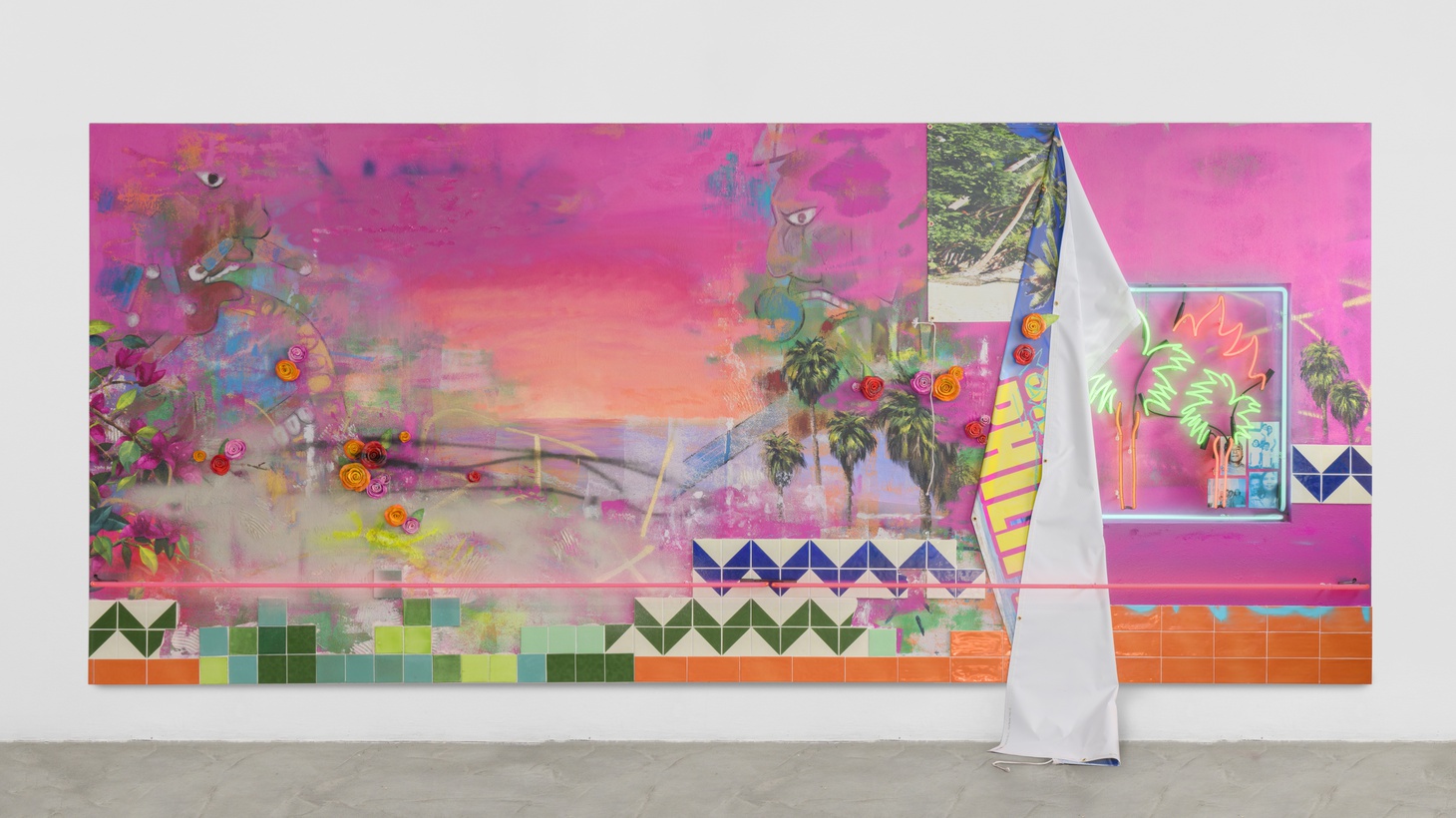 Who is LA promised to – past, present, future?

In his new exhibition “Promised Land”, Patrick Martinez reflects on the ever-changing landscape of his native Los Angeles. It is on display at the Charlie James Gallery in Chinatown until October 22.

“He literally brings this language of the street and the facades of the buildings and the things that you just see driving around LA into the space of the Gallerysays Lindsay Preston Zappas, founder and editor of Contemporary Art Review Los Angeles.

In his landscape paintings, Martinez layers mixed materials over stucco to mimic city walls and streets. “He creates layers of paints…then he removes layers using a pressure washer. …and his paintings might be Mayan or Aztec murals that are really reminiscent of history, but then [they’ll also include] sunsets, graffiti, advertisements for bouncy castles”, describes Preston Zappas.

Martinez has created landscape paintings using mixed media, all of which are layered over stucco to mimic city walls and streets. Photo by Yubo Dong.

Martinez’s work shows what happens when the city’s murals are covered up or painted over, and then sometimes partially reappear. Preston Zappas says that’s why “his work almost feels like a dig into that history”.

Martinez grew up in Pasadena in the 1980s and 1990s and was exposed to graffiti, lowriders and gang culture. He was 12 when the Rodney King Riots happened, which profoundly affected his view of Los Angeles.

“I think his work has a lot to do with representing and telling these stories of people of color that aren’t always told in our city,” says Preston Zappas. 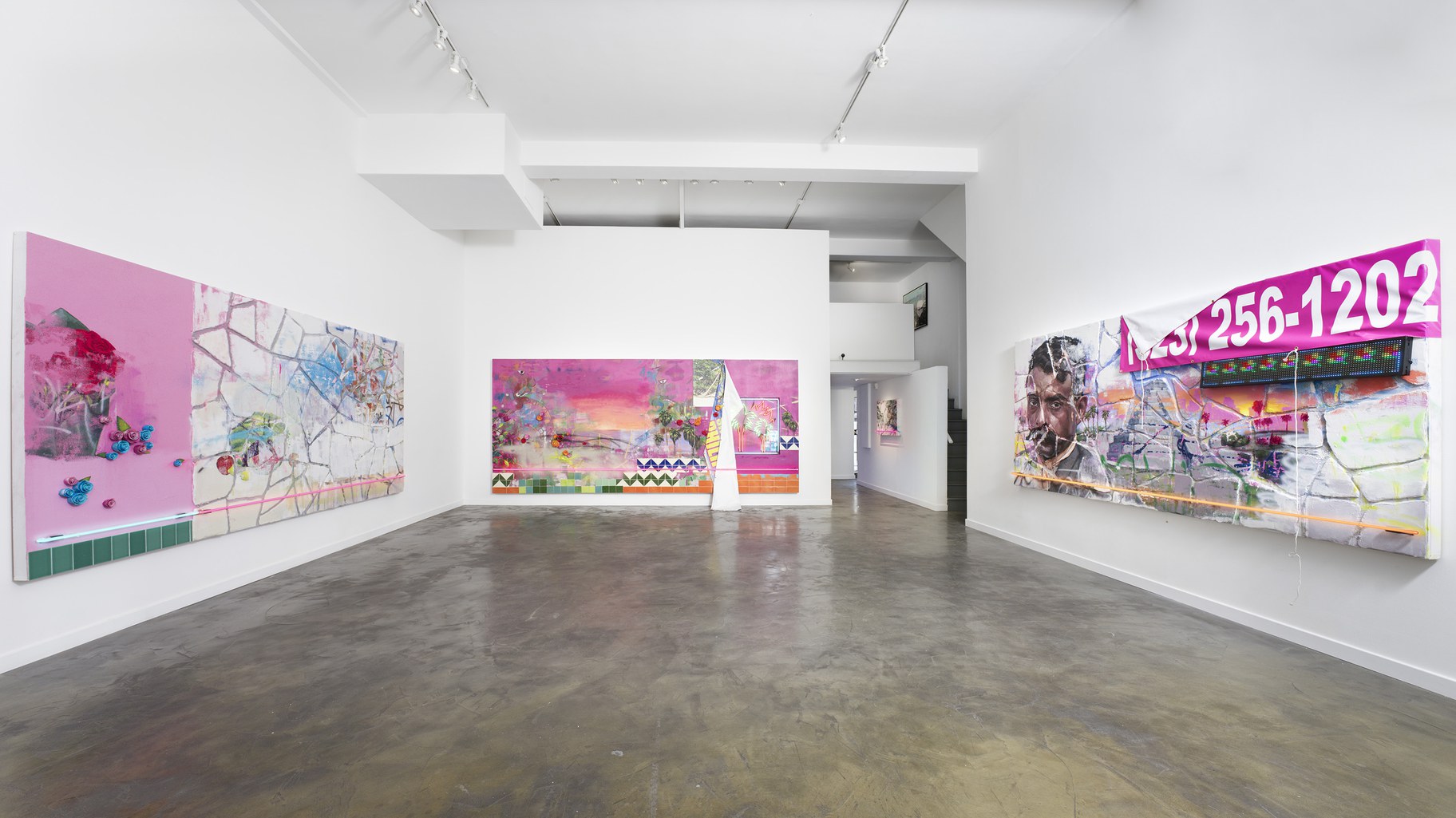 Preston Zappas says that Patrick Martinez’s paintings “could be Mayan or Aztec murals that are really reminiscent of history, but then [they’ll also include] sunsets, graffiti, ads for bouncy castles. Photo by Yubo Dong.

She spoke with Martinez about her artistic process for a CARLA podcast episode, and learned that he spots/observes certain things, then draws or photographs them. He plans his work, but will leave room for unexpected things to happen in his paintings, she says.

Martinez’s work both shows Los Angeles’ past and hints at its future. For example, Preston Zappas says that he always used neon signs, but now he uses LED signs due to changes in technology. “Things like this follow the evolution of the world.”

She adds: “But I think part of it is also thinking about what threatens our city, which is gentrification – that like these facades he paints, they may not be there. [in the future].” 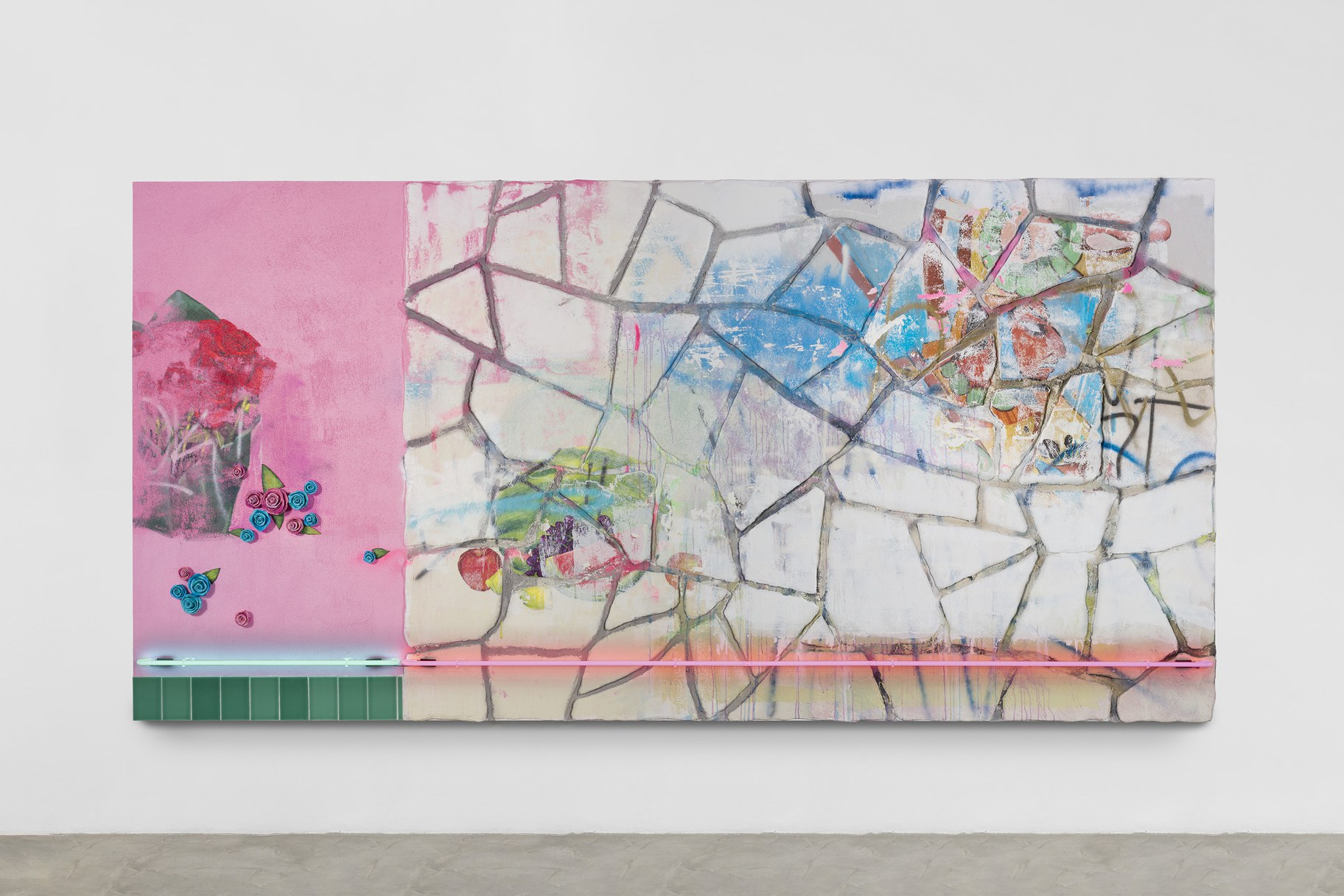 “I think part of it is also thinking about what threatens our city, which is gentrification – that like these facades he paints, they may not be there. [in the future]says Preston Zappas. Photo by Yubo Dong.

Martinez recently became a father, which appears in the exhibit, notes Preston Zappas. “[With] the title of the show, ‘Promised Land,’ he definitely thinks of: To whom is the city promised? Who was it promised to? Who will it be promised to in the future? And I think part of that is definitely thinking about his daughter and the world he’s building for her, and what we’re leaving for the next generation. 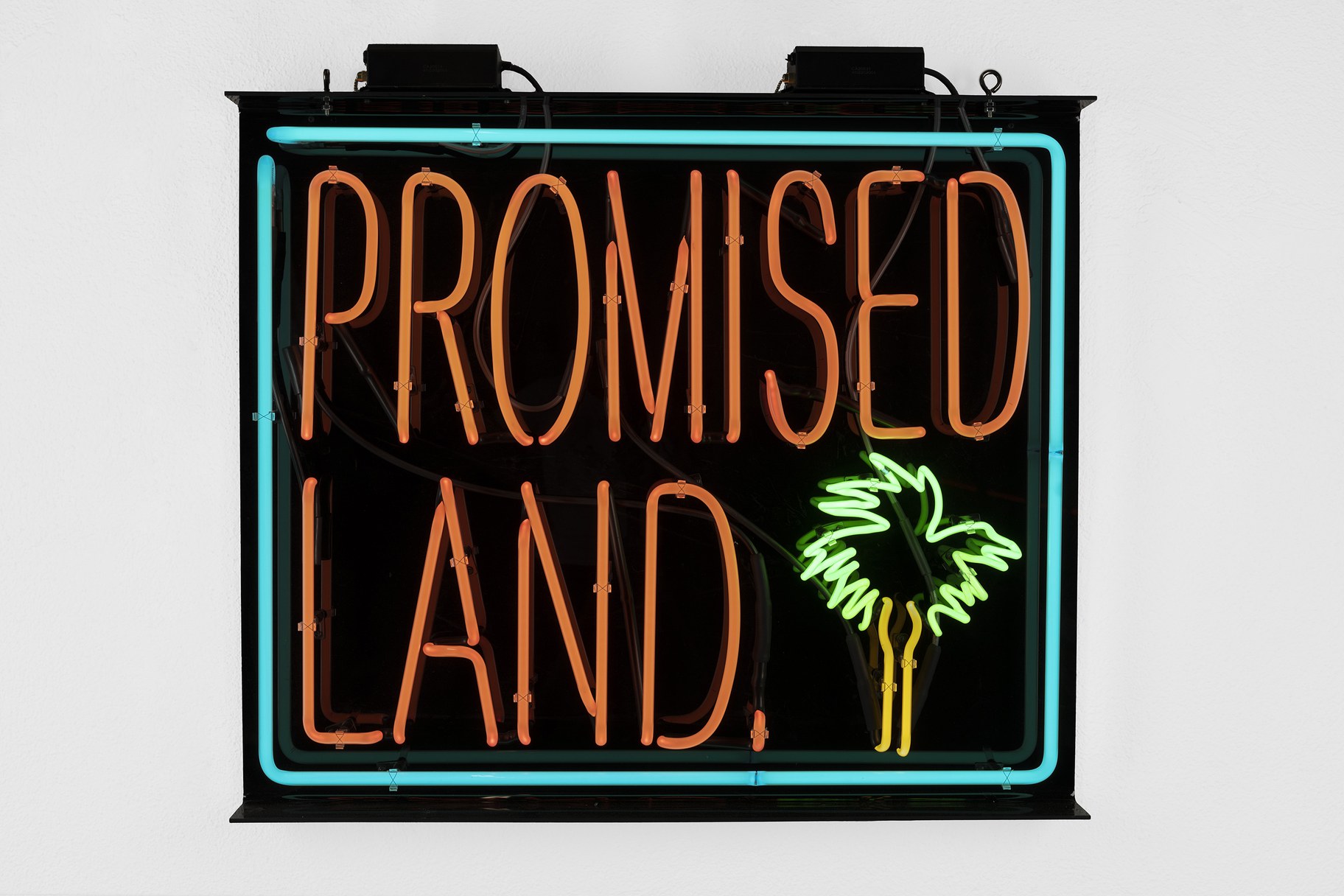 “[Martinez] used to always use neon signs and now he is starting to use LED signs because the technology is changing,” says Preston Zappas. Photo by Yubo Dong.