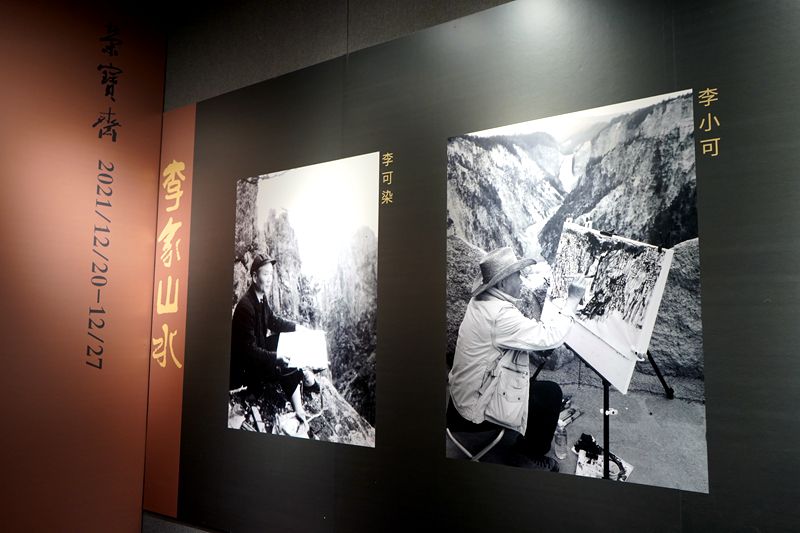 A total of 70 landscape ink paintings created by Li Keran, Li Xiaoke, and the latter’s students were exhibited at Rongbaozhai, a former Chinese calligraphy and painting workshop established in 1672.

Considered one of the most important Chinese artists of the 20th century, Li Keran is known for his traditional landscape paintings influenced by famous Chinese painting masters Qi Baishi and Huang Binhong.

In 1954, Li Keran began his tour of the southern Yangtze River and created a series of landscape paintings there, many of which are considered important among the canon of contemporary Chinese painting. Some of these works were on display at Monday’s exhibition, including “First Rays of the Morning Sun at Beihai Park,” “Tiger Hill in Suzhou,” “A Unique Rain Landscape” and “By the Lijiang River. “.

Since the 1950s, Li Keran was also an influential professor at the Central Academy of Fine Arts of China, where he taught a generation of Chinese artists, including his son Li Xiaoke.

Painting landscapes in place is the core value of the Li family’s painting style, and Li Xiaoke has done so for decades, including on his more than 30 trips to Tibet since 1988 as well as to places in the foreigner.

This exhibition includes works by Li Xiaoke created during his tours abroad, including “In Italy – Old Bridge in Florence”, “In Japan – Overlooking Mount Fuji”, “In the United States – Golden Gate Bridge in San Francisco “and” In the United States – Tree “, which shows his exploration of new possibilities to inherit and develop the artistic style of Li Keran.

The exhibition also featured the works of more than 30 painters, all students of Li Xiaoke. Their paintings exhibited the legacy of Li Keran’s artistic style despite diverse artistic perspectives.

The exhibition was organized under the academic direction of the China Artists Association and jointly sponsored by the Beijing Academy of Fine Arts, Rongbaozhai and the Li Keran Art Foundation, and will run until December 27. . After its conclusion, a series of exhibitions with the same theme will be held successively across the country.

The year the art scene rebounded, expanded, and surrendered to the NFTs