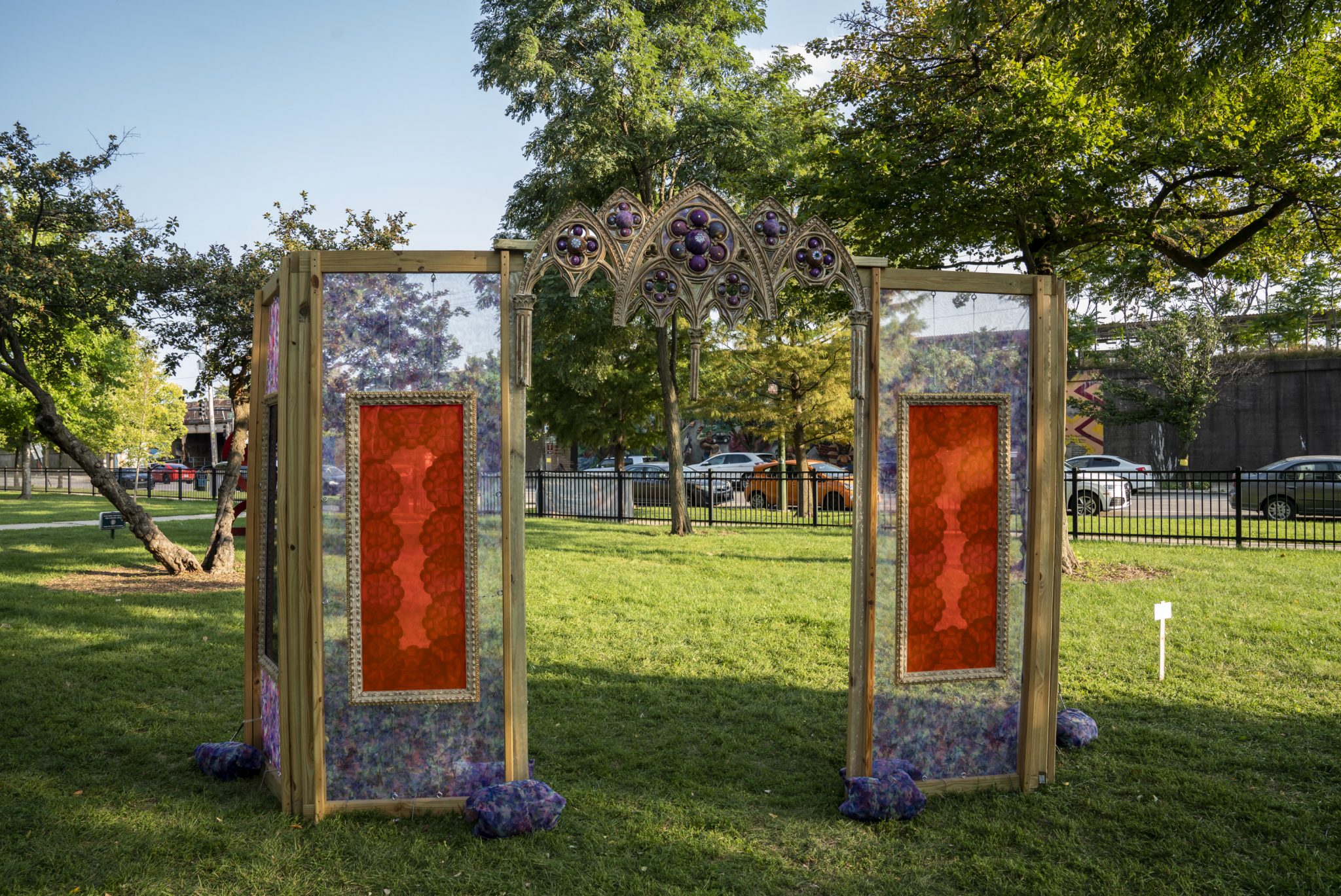 The Chicago Park District’s Arts and Culture Unit launched a simple but radical community arts program at Austin City Hall last month: the inaugural project at its Anchor Curatorial residency. The year-long residency, a program announced this summer, is a funded, community-focused position that places a curator in a different Chicago Park District cultural center for each iteration.

For the “Finding Ceremony” exhibition, 2022 Anchor curator Tiffany M. Johnson wanted to explore the tensions that black and brown people feel when accessing public space, such as a cultural hub in the Park District. “My experience with the residency was literally about the process,” says Johnson. “It’s not about having the answer, it’s not about getting it right. It’s more about what is this process of honesty about these two tensions like grief, anger, frustration, uncertainty, invisibility, hyper-visibility, but also caring and culture who are there? What is the practice we are trying to build as we rebuild our relationships with public and natural landscapes? » 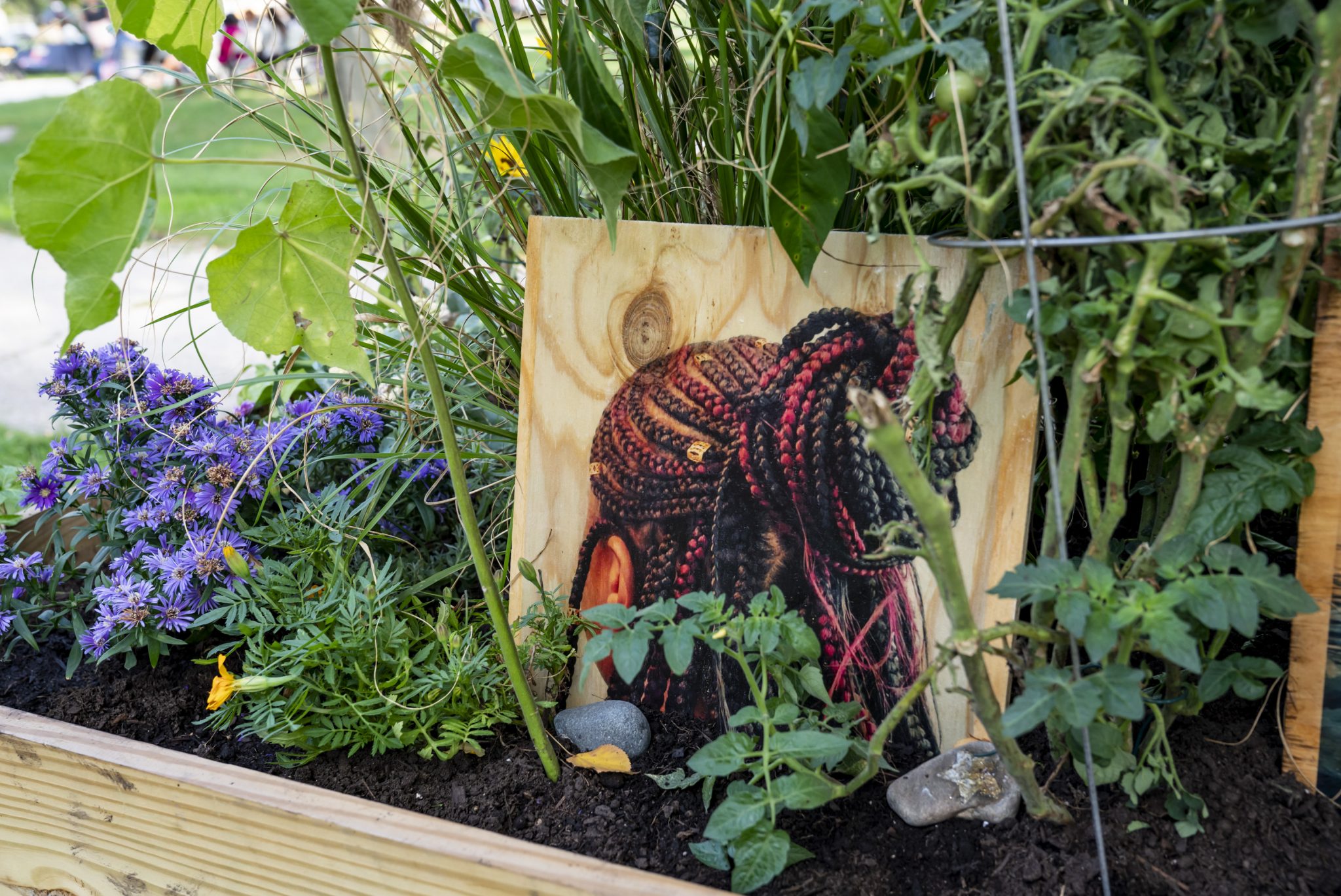 The exhibition has two parts: an outdoor space with public works of art installed on the green space in front of the town hall, and a more traditional indoor gallery with 2D works, sculpture and video. A small wooden performance hall has also been built outside, as a base for the weekly public programming that will take place for the duration of the show The outdoor infrastructure was designed by Walmer Saavedra of Human Scale and fabricated by Andrea Yarbrough of “in c/o: Black women”, giving the works a cohesive look.

Johnson has been embedded in Austin over the past year, working with a group of West Siders to plan the exhibit and programming so it complements what exists in the community. For example, Johnson found that music and live performances are the heart of the neighborhood. A DJ is therefore scheduled to perform on Thursday nights to help attract people to a food market at City Hall that day. Anchor contributed $3,000 to the market, enabling them to distribute over one hundred $25 vouchers to community members.

The artists in the exhibition hail from the South and West Sides, representing practices ranging from painting to installation to photography. “I feel like the history of black art in Chicago is very South Side focused,” says Johnson, who is a native South Side resident. She wanted to be sure to bring in artists from the West Side, with an emphasis on those looking to experiment with their practice.

Outside, a vibrant untitled painting by JaMaa Gee depicts a mystical vision imbued with hypnotic geometric patterns. An installation by Edna M. Togba consists of a raised garden bed encrusted with half-hidden gemstones, a gilded mirror, a seaside image. Janelle Ayana Miller created a sculpture in the shape of a mobile, where beaded arms hang from tambourines, like a hooked plant holder; below, laminated memorabilia honoring a local worker. A beautiful purple and orange entrance by The Black Bloom Project (Materials: Light and Possibilities) invites visitors through a portal to their imagination.

Inside, in a gallery on the ground floor, the works are no less touching. Of particular note is the loop of a short documentary by Cai Thomas on the successful community-led effort to rename Douglass Park, and two extraordinary family films by Don McIlvaine. 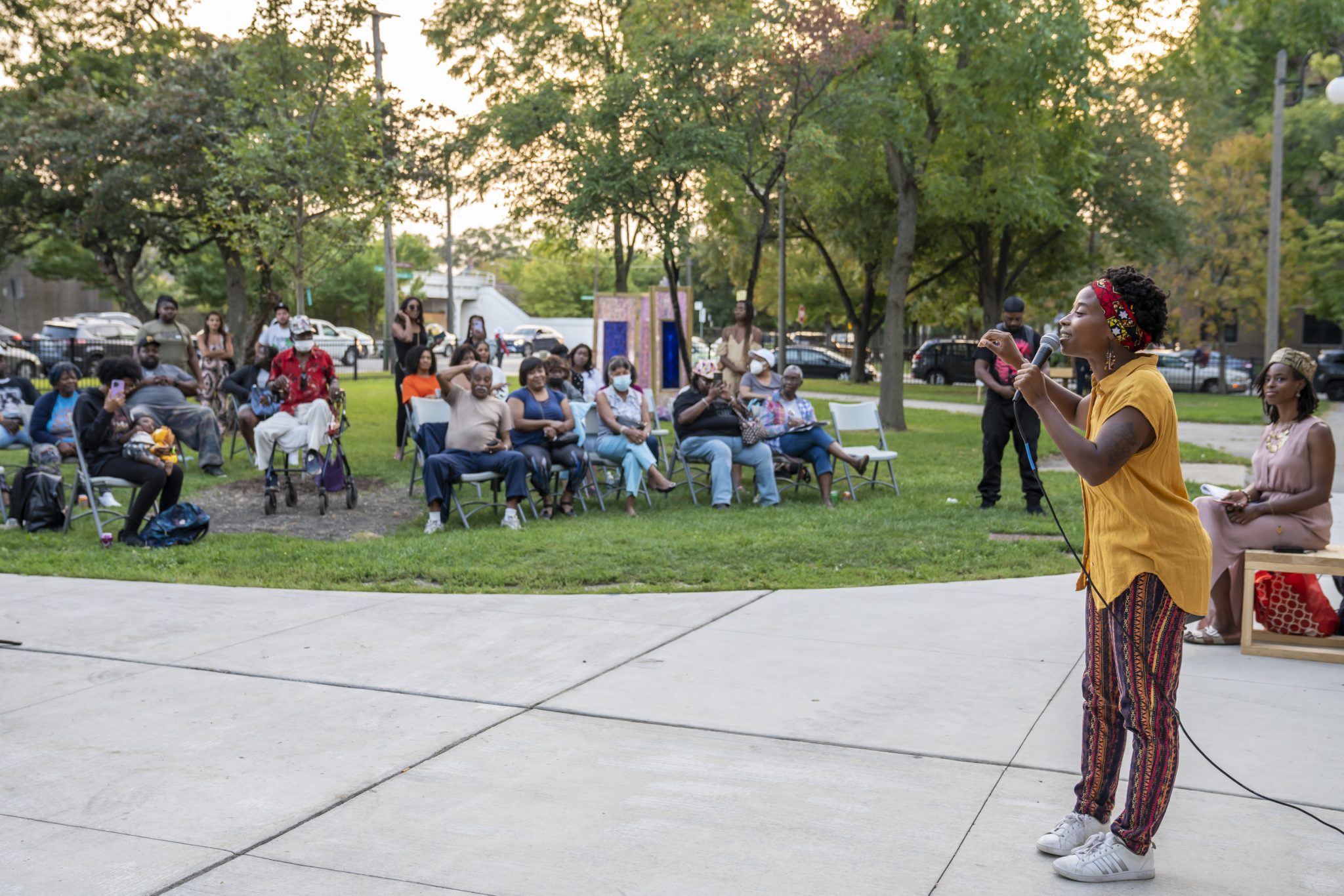 “Finding Ceremony” is a beautiful highlight of Johnson’s residency, but the purpose of the post goes beyond programming and exhibiting. “Part of this year is you’re connecting with the space you’re in, you’re connecting with the community, you’re grounding yourself more within that community,” Johnson says. On opening night, dozens of residents, representing all age groups, gathered to see the work, sample free tacos, and watch an uplifting performance by the band Eternal Resolve. The loud applause and generally positive vibes seemed to indicate one thing: Anchor was a resounding success. (Kerry Cardoza)

“Finding Ceremony” can be viewed at Austin City Hall, 5610 West Lake, through October 22. Learn more about programming at camp-chiparks.hub.arcgis.com/pages/anchor.

Art Street: graffiti on the steps of St Stephen in Mumbai that offer a few moments of serenity