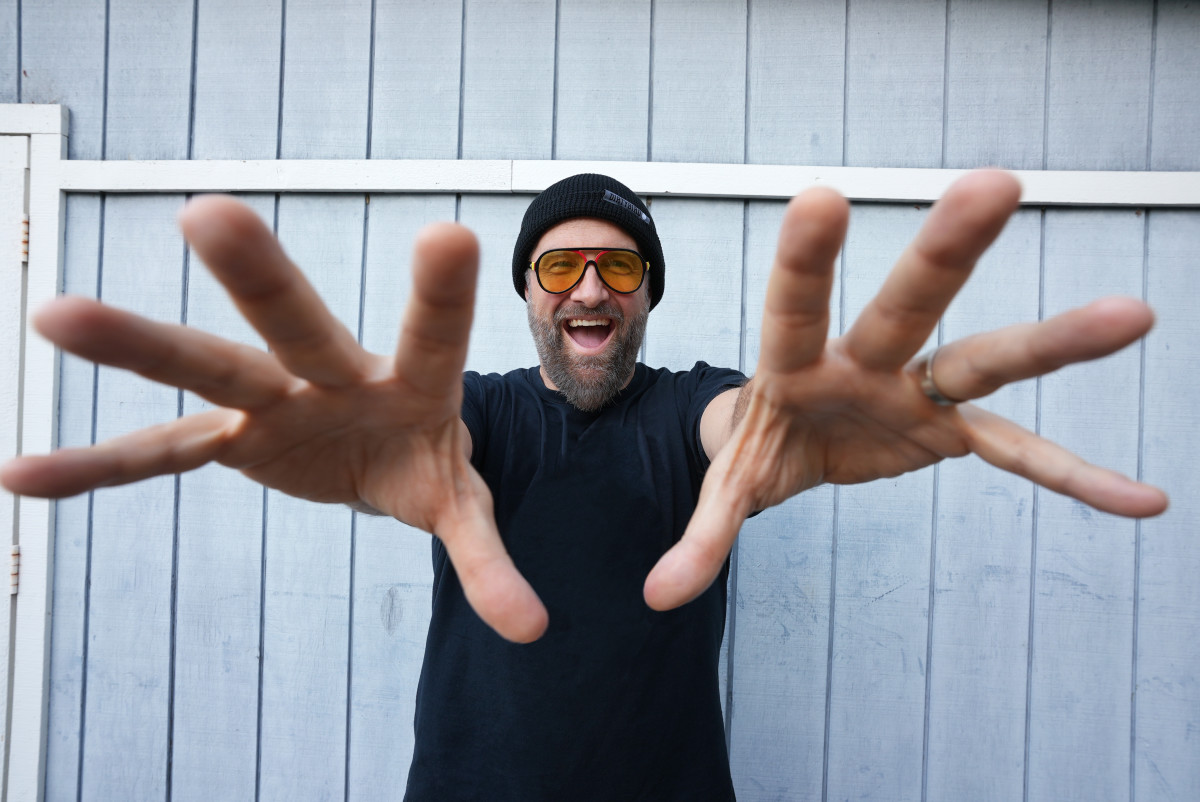 The Dirtybird co-founder and esteemed house music producer is currently on the hunt for the weirdest, most innovative music out there.

“I listen to every track that is submitted for review on Dirtybird,” VonStroke said. EDM.com in a recent interview. “It’s a crucial part of my day. But I feel like everything that’s been submitted lately sounds the same. I want to hear some weird new stuff. That’s what I’m looking for right now.”

This should come as no surprise to anyone who knows and listens to VonStroke’s music. In his last 17 years leading Dirtybird’s events, apparel sales, and music business, he’s also managed to release six albums.

While the tech house genre is known for being a bit of an acquired taste, VonStroke has been instrumental in bringing it into the dance music consciousness in the United States with its catchy hooks and danceable beats.

VonStroke is surprised and humbled by where he is today. After starting his career sending demos to clubs and radio stations across the US and UK, then studying and interviewing artists, he was eventually inspired to start Dirtybird. Little did he know at the time that the brand would become one of the world leaders in house music, thanks in part to its signature “tech funk” sound.

But he is now ready for a change. After focusing solely on house music, he hopes to see experimentation and evolution in the music and artists of Dirtybird. And we’re already seeing another side to VonStroke, which has recently been testing the waters of different genres by incorporating elements of hip-hop, bass and funk into the music.

“Having fun is what it’s all about,” VonStroke said. “Dirtybird has allowed experimentation in the music industry for years. I feel like now I’m almost stuck in having to produce a certain sound. I want to keep playing and experimenting with fun elements and taking risks. I don’t think there’s enough risk taking in our scene. I’m especially going to push myself and my music this year to release cool and new things that may feel different than what people are used to it.

VonStroke, whose affinity for musical experimentation closely aligns with Dirtybird’s artistic curation, grew up as a fan of the fine arts and collected surreal works of art. Thus, he appoints and works alongside a visual artist each year to curate the majority of the label’s artwork. Since 2012, Dirtybird has tapped acclaimed visual artists such as Jeremy Fish, Dulk, Raoul Deleo, Charlie Immer, Birdcap, Felicia Chiao, Chema Mendez and many more to capture the sound and essence of all things Dirtybird.

“The visual component of music is just as important as the music itself,” VonStroke explained. “There’s an energy and vibe to every song. I love collecting art as much as I love collecting music. So every year I hire a surrealist who becomes the ‘artist-in-residence’ that year. That person is someone I’ve followed in magazines or on Instagram or someone I’ve found looking at murals. I’m still a huge fan of the artist, mostly because it’s something I can’t do myself.

Continuing his path of experimentation and exploration, VonStroke is focusing more on real-life experiences, he says, and staying away from social media. He plans to “experiment” how a year without planning social media posts and living more in the moment will do for him and those around him, both in and out of the music industry.

“Social media is great in so many ways. It can be a very useful tool, especially if you’re just starting out in your music career,” says VonStroke. “But in 2022 I want to go places and hang out with people without worrying about getting a photo or video to capture my experiences on a phone. nice people. I admit I’m in a position where maybe I can get away with not socializing for a year, but I think I’ve earned this position by kicking my butt off for 20 years.

“The Gem & Jam music festival will be cool because I can play a set for people who may not have heard my music before,” VonStroke said. “I love performing at events organized by Dirtybird for fans who know my music, but it’s always a great experience to take the stage at a festival knowing that someone is going to hear you for the first time.”