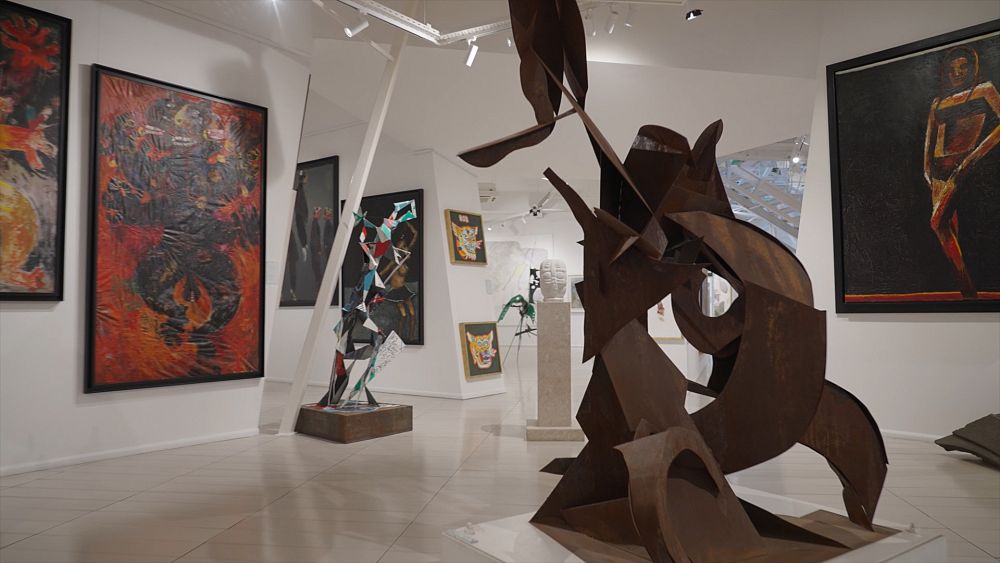 In recent years, modern art in Azerbaijan has experienced a kind of renaissance.

Under Soviet rule and before the country’s independence, painters whose creations deviated from what was perceived as artistic orthodoxy were often repressed.

The recent revival of this alternative art scene is partly due to Baku’s Museum of Modern Art, which houses many works by contemporary artists from the country, including Rasim Babayev.

“[Rasim Babayev] portrays people as they should not have appeared in Soviet society, in the Soviet Union,” art critic Dilara Vagabova told Euronews.

“In particular, at one of the exhibitions, the administration informed him that it could only be opened if he removed a number of his paintings. The artist said, ‘I will do it for the’ love of God. If some small works are a threat to such a powerful state as the Soviet Union, then let them be driven out'”.

Opened in the capital in 2009, the Baku Museum houses more than 800 works of avant-garde art.

“Among the many works exhibited in our museum, the work of avant-garde artist Aida Makhmudova attracts a lot of attention from visitors,” art expert Lala Guliyeva told Euronews.

“She uses non-standard materials in her work, such as charcoal, epoxy resin and construction foam. This technique has a 3D effect”.

A popular spot for art lovers and tourists, it is now one of the capital’s main cultural attractions.

Located in one of Baku’s liveliest districts, the museum is at the heart of Azerbaijan’s contemporary art scene which has found renewed vigor over the past decade.

For a well-known local artist, the museum and the surroundings of Baku are a constant source of inspiration.

“I spend a lot of time on the Caspian coast, one of the beaches just outside of Baku, watching the landscape change with the seasons,” said artist Batunay Hagverdiyev.

“So in the summer, local residents would build many temporary structures for those who want to come to the sea to rest. When the summer is gone, nature claims them and I depict in my painting the effect of human presence in the wild without showing humans,” he added.