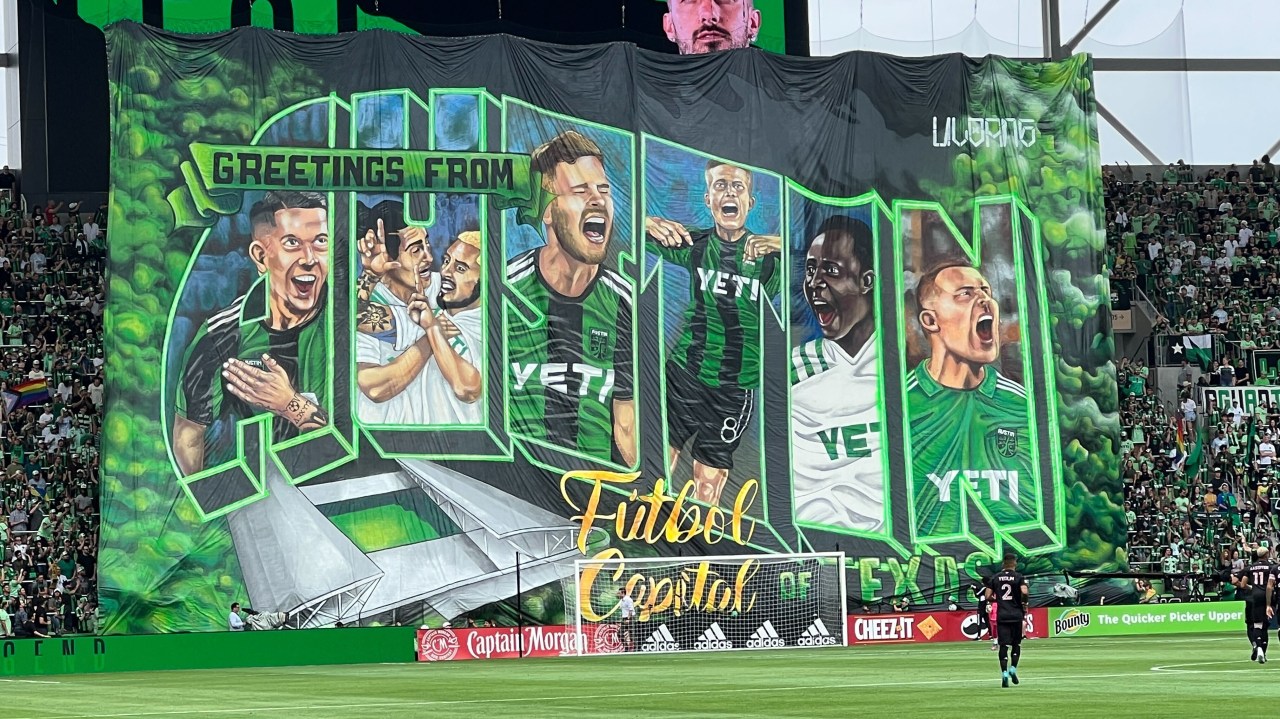 AUSTIN (KXAN) — Some of the most memorable moments from Austin FC’s first-ever season were depicted on a massive tifo unveiled at Q2 Stadium ahead of Sunday’s game against Inter Miami.

Fans spent weeks creating the giant work of art – first creating the canvas before painting the tifo, making sure every brushstroke was perfect.

The result is the 100-foot-long, 60-foot-tall mural shown on Sunday.

How it was created

Creating such a large work of art requires dedication and organization as well as skill.

Members of the Austin FC Los Verdes and La Murga de Austin fan groups volunteered to work on the team project to ensure it would be ready for game day.

They used between 50 and 100 gallons of paint and hundreds of paintbrushes throughout the project, said Rigoberto Rodriguez-Lima, a leader of the supporter groups.

“We spend so many hours preparing this, but when we display it at the stadium, it takes around two minutes,” he added. “Those two minutes mean a lot because that’s a lot of work we put into it.”

Fans worked alongside local artists who helped guide the process, implementing a paint-by-numbers scheme so everyone could roll up their sleeves and get involved.

“I’m not an artist by trade at all,” Stephanie Dempsey said. “But I can color by numbers, so if you can do that, you can come and volunteer.”

Rodriguez-Lima said it was important for fans to create a piece that references the local community, as well as the team.

It’s part of the same philosophy that has helped groups such as Los Verdes become so prominent within the community, as well as making Q2 Stadium a stronghold for Austin FC home games.

“If you compare the tifos around MLS, you’ll see what we’re trying to do is more quality and something that really represents the local Austin scene,” Rodriguez-Lima said.

Dempsey said she wanted to help with the project in part because of the teamwork and cooperation involved.

The tifo unveiled ahead of Austin FC’s first-ever home game was a tribute to some Austin icons, such as Willie Nelson, Stevie Ray Vaughan and the Barton Springs Salamander.

And when the United States men’s national team played a crucial World Cup qualifier at Q2 Stadium in November, fans created a World Cup-themed tifo – signaling to players that the greatness is expected of them.