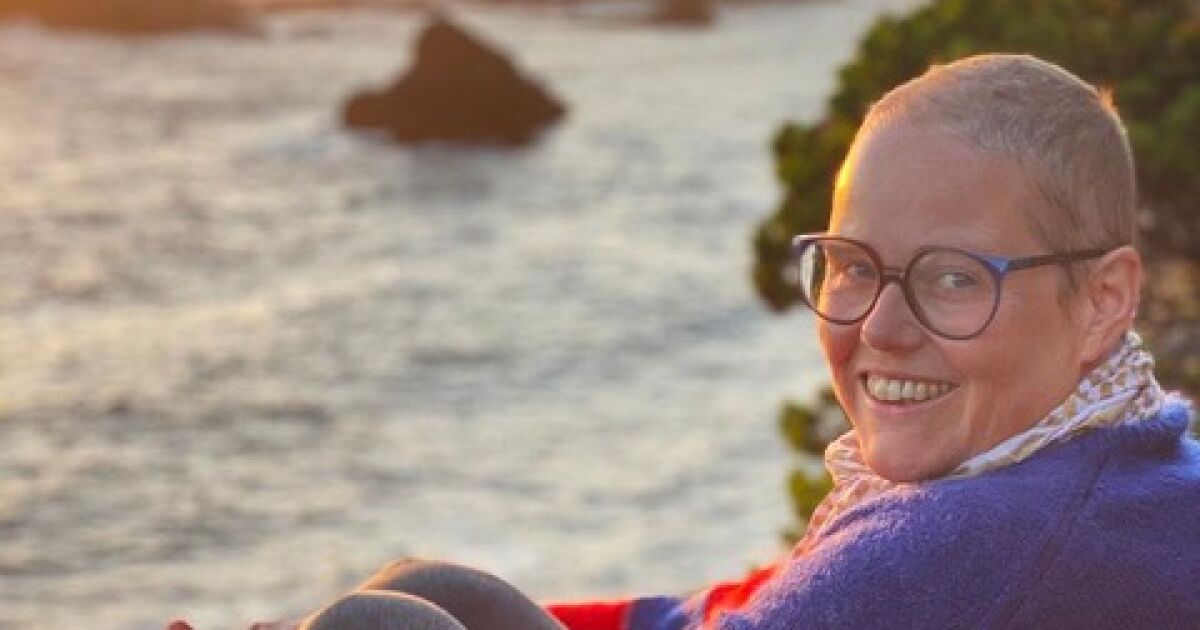 Silke Otto-Knapp, an artist whose unusual technique of painting with layered watercolors on canvas to create large enigmatic landscapes or moving figures has garnered international attention in a career that has spanned more than two decades , died Sunday morning at her home in Pasadena.

Two years ago, Otto-Knapp was diagnosed with ovarian cancer, which has recently become aggressive. His death has been confirmed by Regen Projects, the Los Angeles gallery that represents his work. She was 52 years old.

“In the Waiting Room (7)”, a monumental three-panel painting of seven figures stretching, kneeling, dancing, sprawling and otherwise physically exercising, was featured last year in a Regen Projects exhibition. As with much of his work, the painting was achieved by laying down delicate layers of watercolor, some of which Otto-Knapp then washed away with a sponge or swept away with a dry brush.

Transparent paint soaked into the weave of the canvas, leaving behind visually elusive traces. Some were effectively obliterated, while the rest were pushed into adjacent areas where it built up. The fleeting result is an image of shimmering, quicksilver figures in optically dense and visually absorbing spaces.

Poetic landscapes and seascapes formed another prominent body of work, sometimes evoking the unstable paintings of the Norwegian Expressionist Edvard Munch, the visionary landscapes of the British Romantic artist Samuel Palmer or the floating clouds of American artist Georgia O’Keeffe. For the 2016 “Made in LA” biennial exhibition at the UCLA Hammer Museum in Westwood, Otto-Knapp produced a monumental six-panel painting for the entry stairwell. Beneath a bright moon, silvery gray islands and rocky fingers of land seem to drift in a black, watery expanse.

Otto-Knapp’s figure paintings often refer to dancing. She was particularly drawn to performance elements that reflected what she called “everyday motions”, such as simply reaching, bending, or walking. The Ballets Russes, Polish dancer Bronislava Nijinska and American choreographer Yvonne Rainer are among the notable dance artists whose work inspired his paintings.

In 2011, she took part in public rehearsals at the Turbine Hall of the Tate Modern in London, where British choreographer Michael Clark was preparing a public performance with 50 amateur dancers. The piece, “TH”, incorporated a soundtrack of contemplative pop music by David Bowie, Pulp and Kraftwerk, as well as monochrome set design. The bodies of the dancers she meets there can be found in Otto-Knapp’s paintings.

The layering of watercolors to invoke movement or change also influenced his production of unique prints. In some, three different plates were printed at different stages of production so that no image appeared fixed or unchanging.

Born in Osnabrück, Germany, Otto-Knapp grew up on a dairy farm, which led her to have a deep interest in the natural world. She earned a degree in Cultural Studies from the University of Hildesheim and an MFA from the London School formerly known as Chelsea College of Art and Design. Her first solo exhibitions in Los Angeles were at Overduin and Kite Gallery in 2009 and 2013. She joined the UCLA faculty as an associate professor of painting and drawing in 2015.

Otto-Knapp’s work has been exhibited worldwide, including in galleries and museums in Berlin, Tokyo, Copenhagen, London, Vienna and Rome, as well as in Los Angeles. His work is in the collections of the Museum of Modern Art in New York, the Art Institute of Chicago, Tate Modern and others. Currently, a two-panel gasp, “Monotone (Moonlit Scene after Samuel Palmer),” is included in “Joan Didion: What She Means,” a group show featuring 63 artists and meant to evoke the writer’s ethos. deceased Californian, which opens this week at the Hammer Museum. A solo exhibition is scheduled for later this month at the Buchholz Gallery in New York.

Otto-Knapp is survived by his sister Iris Madill; sister Kirsten Otto-Knapp and her husband, Holger; and nieces and nephews Jannik, Sophie and Matilda Otto-Knapp and Alfie Madill.