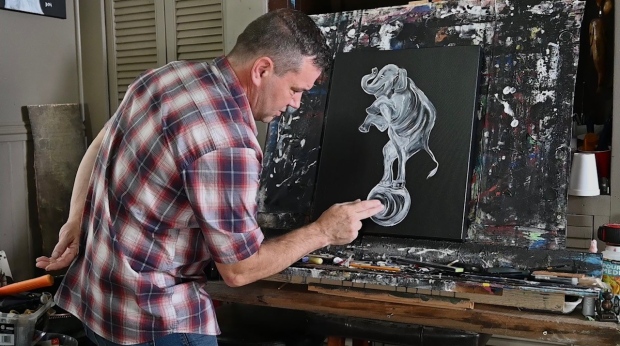 Adult tic torment: a man finds refuge at the easel

OTTAWA – Five years after it began, a man from Arnprior continues to struggle with his poor health.

“I had episodes where I screamed for three days in a row and couldn’t stop,” Lacasse said.

It all started in 2016. Lacasse worked in an Arnprior auto parts shop and felt inexplicably exhausted.

“More and more difficult to just get out of bed and get to work.”

Soon after, he began to pass out, choke, and sweat profusely.

“There were so many symptoms associated with my illness that it left the doctors in awe,” Lacasse said.

Lacasse says there is a long list of symptoms that are plaguing his health. It is not certain that they are directly linked to his syndrome.

He says light breezes can bring him to his knees. He is very sensitive to the sun. His body feels like it is running on electricity.

“It starts in my head and it cascades like a coldness over my body. I feel like people hit me over and over again with a bucket of cold water, ”Lacasse said.

In an effort to rule out other illnesses that could also harm his health, Lacasse said he had undergone a battery of medical tests for MS, Parkinson’s disease, heavy metals, Lyme disease and other autoimmune diseases. He says those tests all came back negative.

Lacasse had to give up his driver’s license and quit his job.

To pass the time, when he is doing well enough, Lacasse has taken to painting.

“I always wanted to put a painting on canvas before leaving this world. My wife bought me a canvas, paints and brushes and I hung up straight away.

Lacasse paints landscapes on boards with living edges and black and white portraits of people and animals.

His most popular work, however, is a series of paintings he calls “Bad Animals,” creatures that smoke marijuana. 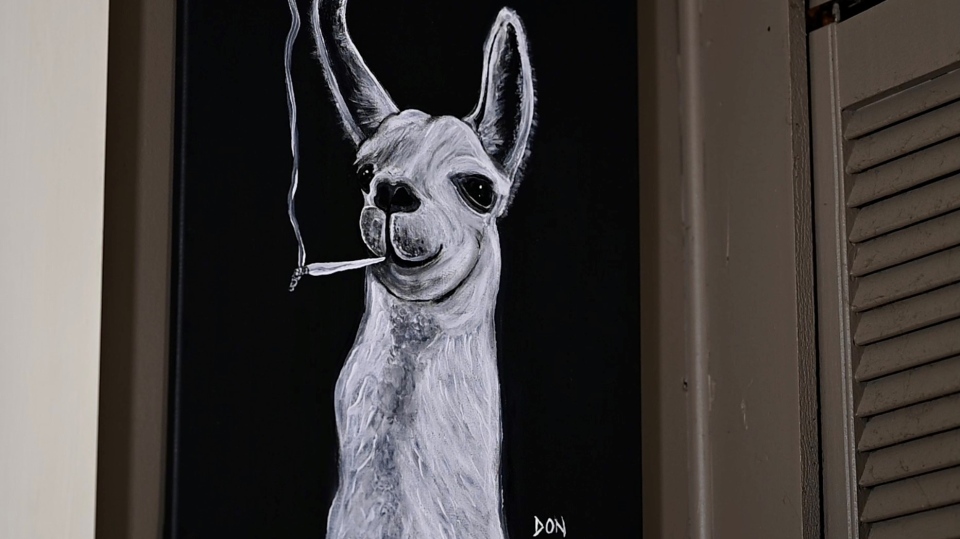 “They were instantly popular. I did sixteen paintings in June alone, ”he said.

The fun portraits, mostly finger painted, have captured the imaginations of many here in Canada, including several Ontario cannabis stores in Eastern Ontario and a gallery in the United States.

“I hope to ship a bunch of my original ‘Bad Animals’ to a gallery in New York soon and sell my stuff there.”

His “Bad Animals” are also available on t-shirts and sweatshirts.

For the husband, the father and the grandfather, painting is a precious respite from the pain and unpredictability of his condition.

“It’s like holding a baby and rocking it. This total calm is coming upon you, ”said Lacasse.

Although his condition drastically changed his world, he says it gave him a more creative world as well. And for that he is grateful.

“It was a difficult task, but I get lost in my works of art. It really helps the day go by and makes a lot of people happy.

The art of Don Lacasse can be seen on Instagram @fresh_prints_of_craig_st